Asked by a student Friday at the DigiWriting Stratford Writers Festival if authors ever had a backup plan, best-selling author Richard Scrimger answered, “My first book involved a hobo walking across Toronto. I think that hobo was my backup plan.”

Scrimger also likened writer’s block to constipation. Drinking water and going for a walk can often get rid of it, he said.

Three best-selling authors, Shane Peacock, Eric Walters and Scrimger used humour to engage students in grades 7, 8 and 9 at Stratford Central Secondary School. But they were provided serious advice. Asked what to write about, Peacock advised students to write what they care about.

After a panel question and answer session, Walters made a solo presentation about his work and his life, encouraging students and teachers alike.

The author of more than 100 books, Walters says that’s only part of his life. He’s also a sports fanatic, and most importantly, a proud parent.

But what makes him such an engaging presenter to young students is that he used to be a teacher. He started out in Mississauga in what he described as a tough classroom. He got the kids nobody else wanted, the ones that were in trouble and destined to fail. But not on his watch. Walters wrote his first book about those kids and for those kids. He didn’t write it to be published. He wrote it to encourage his students and they, in turn, encouraged him to publish it. The book is called Stand Your Ground.

When his curriculum involved teaching about the war of 1812 and he disliked the book he was supposed to use in class, he wrote his own, The Bully Boys.

“Know your audience,” he said as he continually told stories the students could relate to. “The Rule of Three makes The Walking Dead look like a walk in the park,” wrote a book reviewer. And students threw up their hands when he asked, “Who here likes The Walking Dead?”

The students got more than a lesson on writing; they received a lesson on life. Walters talked about racism, religion, even Donald Trump. And perhaps most importantly, what he thinks it means to be a Canadian. Canadians are tough, he said. “We are a tough people, but we are a kind people.”

His examples included our grit at Vimy Ridge in the First World War, Juno Beach in the Second World War and Kandahar in Afghanistan. In the worst places in wars, Canadians came through, Walters noted.

As for our kindness, he reminded the students about Canada taking in Syrian refugees. “Unless you are First Nations, we are all immigrants, please remember that,” he said. Calling the event a novel presentation, retired teacher and moderator Deb Gibson’s pun was followed by a rousing round of applause from the packed house.

While about 200 students at SCSS were able to attend the event in person, many more in other schools across the region were able to listen through Livestream technology.

Engage, Inspire, Innovate…Always Learning is our mission at the Avon Maitland District School Board. Being part of the DigiWriting Stratford Writers Festival is one of the many ways in which we are proud to fulfil that mission. 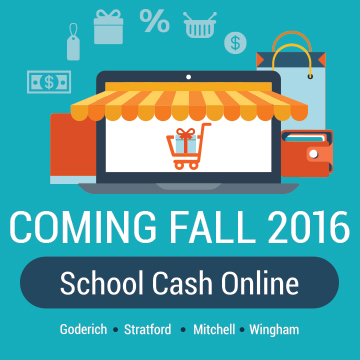 Keep up with the latest news from Avon Maitland. Sign up with your email address to receive updates and newsletters.

Your email address will be used only for the purpose for which you intended and will not be released to anyone else.

Last week, D&D Automation extended an invitation to to grade 7/8 teachers and students to attend D&D Automation for a half day workshop filled with hands on learning. Two half… Read more about D&D Automation's Student Robotics Days

Last week, D&D Automation extended an invitation to to grade 7/8 teachers and students to attend D&D Automation for a half day workshop filled with hands on learning. Two half… Read more about D&D Automation's Student Robotics Days

The AMDSB is committed to improving accessibility to our sites and services. More information on our policies & procedures. All documentation can be made available in alternative formats on request by contacting the Education Centre or through the online AODA feedback form.